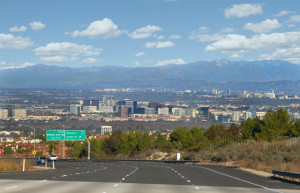 UC Irvine, in addition to its reputation for offering the highest quality professional education and English language instruction available, is located in one of the most exciting and dynamic regions of the United States. The University is a public school and offers highly regarded programs of study. Both the campus and the surrounding community boost a diverse population that welcomes international students.

Located in Southern Orange County, Irvine is a middle and upper-middle class city of 225,000 people that is home to thriving high-tech and biotechnology companies. It is the safest city of its size in the United States. A local landmark is John Wayne Airport, named in honor of the iconic actor who lived in nearby Newport Beach. Close by are the home of Major League Baseball’s California Angels and the South Coast Plaza, which defines the luxury shopping experience with extraordinary boutiques such as Chanel, Gucci, Hermes, Louis Vuitton, and Prada.

With more than 280 days of sunshine and daytime temperatures typically ranging from 21°C to 28°C, outdoor fitness is a way of life. The campus is near world famous Laguna Beach with its beautiful time pools and Huntington Beach, site of the annual U.S. Open Surfing Championships. And for those who like variety in their outdoor sports, a nearby mountain range makes it possible during winter months to enjoy surfing and snowboarding and snow skiing on the same day!

Irvine is located in South Orange County with Anaheim’s Disneyland, halfway between Los Angles — with Disneyland, the Getty Museum, the Griffith Observatory planetarium, and the movie studios of Hollywood — and San Diego — home to the world famous San Diego Zoo, Legoland Park, and a spectacular harbor where the USS Midway Aircraft Carrier is berthed and open to tours led by many of the sailors who manned her during the ship’s 50 years of active service.