No matter if you prefer a small town or a large city, UC Davis has what you are looking for. The university, a member of the prestigious University of California system, is located in a beautiful university town and less than two hours from San Francisco by rail, with trains leaving hourly. Davis is also just 20 miles from the historic state capital of Sacramento.

San Francisco is one of the world’s most beautiful cities and home to a major symphony and to renowned opera and ballet companies. Noteworthy sites include the SF Bay and Marina, Golden Gate Park, the deYoung Museum of Art, the San Francisco Botanical Gardens, and the Asian Art Museum. Baseball fans can watch the SF Giants and nearby Oakland Athletics and there are the SF 49ers and Oakland Raiders professional American football teams.

Sacramento attractions include the State Capitol Building, the Crocker Museum of Art, the California Museum, the California Railroad Museum, and Sutter’s Fort, around which the city developed, and a professional basketball team, the Sacramento Kings. 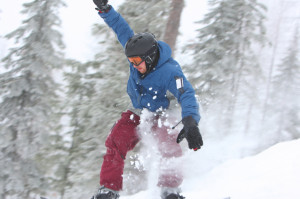 For outdoor enthusiasts, the campus lies between the Pacific Ocean and the famous Santa Cruz beaches to the west and Lake Tahoe to the east. Lake Tahoe, nestled in the Sierra Nevada Mountains, is the largest alpine lake in North America and the largest lake in the United States behind the five Great Lakes in the eastern U.S. The Tahoe area is home to some of North America’s best ski resorts, including Squaw Valley, site of the 1960 Winter Olympics. Summer recreation includes boating, parasailing, hiking and mountain biking.

It is no surprise that the Department of Viticulture and Enology (grape growing and winemaking) at UC Davis attracts students from the world’s leading wine producing nations, including France, Italy, and Australia. The Napa and Sonoma Valleys, home to some of the world’s most prestigious wineries, are nearby. Winery tours, which include tastings and discussions with the winemakers, are a popular pastime for Davis residents.

If you have an interest in the American West there is much to see in the communities that were home to the California Gold Rush, and a trip through “Gold Country” will take you to Yosemite National Park, one of the nation’s first national parks and the site where photographer Ansell Adams took his most famous photographs.